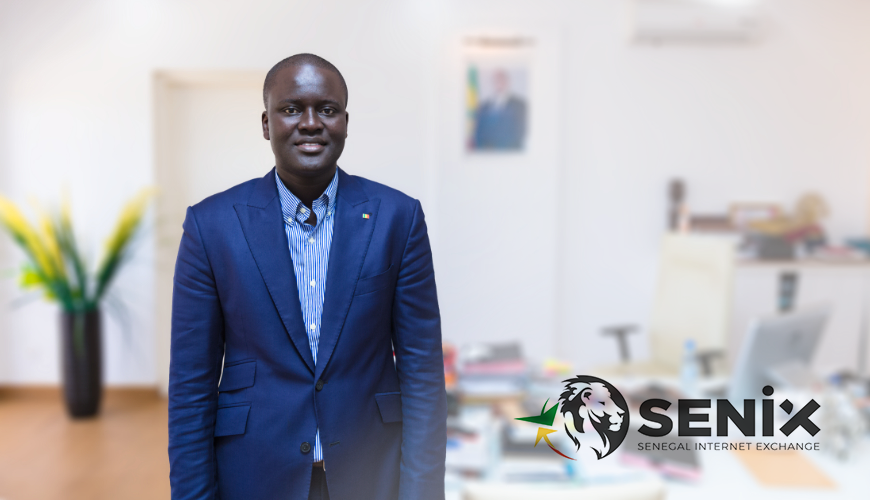 Narrowing the Digital Divide: How France-IX fostered the creation of SENIX, its Senegalese counterpart

Since 2015, France-IX, the main Internet exchange point (IXP) in France, has been collaborating with Senegalese digital players for the creation and development of a similar, independent IXP in Dakar. SENIX has quickly become one of the pillars of Senegal’s digital independence, a symbol of its economic development and of the Internet throughout West Africa. Its creation illustrates the best practices for promoting the development of a digital economy and thus enabling access-for-all to a high-performance, reliable and independent Internet.

How was the SENIX created and what challenges did the involved actors have to face? How does its implementation contribute to creating a virtuous circle for the entire digital chain? Why was the support from France-IX key to the success of the project?

We collected the answers to these questions directly on site from the different players involved and we exclusively offer you the summary of our exchanges through 3 short videos (in French):

Internet exchange points (IXPs) allow local operators, content and service providers to save money by using local bandwidth rather than paying to use expensive international transit infrastructure. They allow companies and administrations to interconnect through them and thus improve access speed for their users by reducing latency time. Their very existence increases the overall performance of the Internet.

“The development of IXPs is a crucial part of building a sustainable domestic Internet ecosystem,” highlights Franck Simon, President of France IX Services. “Their creation in African countries is an important step in fostering Internet-based economic growth and stands as a positive marker of commercial and social improvement.”

Malick Ndiaye, a college member of the Senegal Telecommunications and Postal Regulatory Authority (ARTP) describes SENIX’ history: “In 2012, the African Union asked its member countries to consider setting up independent trading points that would play a central role in improving Internet deployment and access in Africa. However, Senegal’s first attempt put operators and public authorities in charge and, because their proposals lacked neutrality and did not foster a better distribution of content and services, negotiations failed to get anywhere.”

At that time, an initial skills exchange meeting with France-IX highlighted the importance of setting up SENIX not only around operators (infrastructure owners) but also around suppliers (content and services owners) and in the form of an association, this being the sole guarantee of its neutrality. The associative status is ideal for establishing an egalitarian relationship between different stakeholders, for the benefit of all.

“Following the meeting with France-IX, we decided to open the SENIX creation process to all content producers, service providers as well as all other key players in the cultural sector. This new impetus laid a solid foundation for the creation of the SENIX association and made it possible to move on to the operational part of the IXP’s construction. The first constitutive general assembly then took place in 2015. The State Informatics Agency (ADIE) was appointed as Chairman of the Board of Directors of SENIX and work on the the first Centre began,” says Cheikh Bakhoum, President of SENIX and Managing Director of ADIE.

Following France-IX’s recommendations, the Centre was built on a neutral site in Dakar, owned by SENIX. “This site made it possible to respect a certain equidistance between operators and equal treatment in the technical design. Orange, Tigo, Expresso, Arc and Hayo, as well as ADIE, are physically present but the SENIX infrastructure remains completely independent. The interconnection of these operators favours the distribution and availability of local, nationally-produced content, which is of critical importance at the national and international level,” explains Alassane Blaise Diagne, Adviser to ADIE’s MD.

Bocar Kane, member of the France-IX Board of Directors until September 2017 and a telecom entrepreneur in Senegal, shares its vision from a user’s perceptive: “The benefits of SENIX today are undeniable for all stakeholders, consumers and the Senegalese economy: for businesses and individuals, SENIX means more bandwidth, less latency, more accessible content and better services. The ability to exchange traffic locally, instead of using extremely expensive submarine cables, has created a virtuous circle for the entire digital chain, as the resulting cost savings are passed on to consumers in end-user bundles,” he says.

The overall improvement in traffic and accessibility is another step towards the implementation of Senegal’s 2016-2025 digital plan, which embodies the country’s ambition to maintain a leading position in the African digital sector. Indeed, one of the objectives of this plan is to ensure that all citizens have low-cost and high-quality access to the Internet.

Today, SENIX is working on its expansion and commercial development. The construction of a second site is already under consideration to improve the resilience of the infrastructure and improve international connectivity. Seven major international cables transit or land in Senegal. Because of SENIX, Senegal is able to compete with other West African trading points and will be able to position itself as a real hub to transport Internet traffic from the continental sub-Saharan region to the rest of the world.

Thanks to a transfer of skills and a sharing of experience, France-IX has enabled Senegal to acquire a world-class exchange point to promote the growth of its digital economy and the development of the Internet in West Africa. France-IX will continue its programme of supporting the creation of new IXPs in Africa, which started with CASIX in Morocco launched in 2016. Plans are currently underway to help Congo. France-IX’ support for developing IXPs in African countries consists in providing mentoring, training, equipment donation and technical assistance.